This website has visual enhancements and is best viewed with javascript enabled. Check your browsers preferences in order to enable javascript. 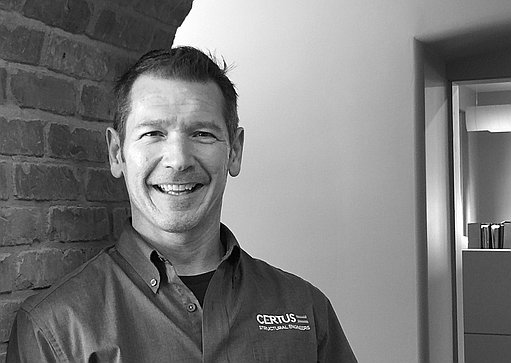 Kevin’s expertise is structural analysis and design. In 1994 Kevin received his degree in Architectural Engineering with a structural emphasis from the University of Kansas. Since then, he has worked as a designer and project manager for owners, architects, contractors and industry leaders on a wide variety of projects throughout the Midwest. These projects include: retail centers, office buildings, hospitals, retirement facilities, churches, schools, warehouses and industrial facilities. In addition he has been involved in rehabilitation of existing structures and historical buildings. In April of 2007, Kevin became a founding principal of CERTUS AE GROUP, now known as CERTUS STRUCTURAL ENGINEERS, and he continues to apply his technical and management skill to the challenges of project design and construction.